The books by Amor Towles are wonderful.  The two in the covers are best-sellers, and are award-winners.  You can read his biography below.

“Born and raised in the Boston area, Amor Towles graduated from Yale College and received an MA in English from Stanford University. Having worked as an investment professional for over twenty years, Mr. Towles now devotes himself full time to writing in Manhattan, where he lives with his wife and two children.

“Mr. Towles’s first novel, Rules of Civility, which was published in 2011, was a New York Times bestseller and was named by the Wall Street Journal as one of the best books of 2011. The book has been translated into over 20 languages, its French translation receiving the 2012 Prix Fitzgerald.

“Mr. Towles’s second novel, A Gentleman in Moscow, which was published in 2016, was on the New York Times bestseller list for over a year in hardcover and was named one of the best books of 2016 by the Chicago Tribune, the Washington Post, the Philadelphia Inquirer, the San Francisco Chronicle, and NPR. The book has been translated into over thirty-five languages including Russian. In the summer of 2017, the novel was optioned by EOne and the British director Tom Harper to be made into a 16 hour miniseries starring Kenneth Branagh.“ Here are comments about the books:

“An irresistible and astonishingly assured debut about working class-women and world-weary WASPs in 1930s New York…in the crisp, noirish prose of the era, Towles portrays complex relationships in a city that is at once melting pot and elitist enclave – and a thoroughly modern heroine who fearlessly claims her place in it.” —O, the Oprah Magazine

“This very good first novel about striving and surviving in Depression-era Manhattan deserves attention…The great strength of Rules of Civility is in the sharp, sure-handed evocation of Manhattan in the late ‘30s.”—Wall Street Journal

“How delightful that in an era as crude as ours this finely composed new novel by Amor Towles stretches out with old-World elegance. “A Gentleman in Moscow” offers a chance to sink back into a lost attitude of aristocracy — equal parts urbane and humane — just what we might expect from the author of that 2011 bestseller “Rules of Civility.” But if Towles’s story is an escape we crave, it is also, ironically, a story of imprisonment… – Washington Post”

“Beyond the door of the luxurious ­Hotel Metropol lies Theater Square and the rest of Moscow, and beyond its city limits the tumultuous landscape of 20th-century Russia. The year 1922 is a good starting point for a Russian epic, but for the purposes of his sly and winning second ­novel, Amor Towles forgoes descriptions of icy roads and wintry dachas and instead retreats into the warm hotel lobby. The Metropol, with its customs and routines, is a world unto itself…  – New York Times Book Review”

“Spread across four decades, this is in all ways a great novel, a nonstop pleasure brimming with charm, personal wisdom, and philosophic insight…. This is a book in which the cruelties of the age can’t begin to erase the glories of real human connection and the memories it leaves behind. A masterly encapsulation of modern Russian history, this book more than fulfills the promise of Towles’ stylish debut, Rules of Civility (2011). – Kirkus”

This is probably likely the youngest person to ever attend the First Friday Book Synopsis.  Henry watched the program today.  Welcome!

Here are the newest books that I have read recently:
(Note:  The books marked with a (*) are current best-sellers)
Current Books (April, 2020)
The Boy from the Woods by Harlan Coben*
Rules on Civility by Amor Towels
The Man Who Broke Into Auschwitz by Danis Avey
Drunk on Sports by Tim Cowlishaw
Recent Books (March, 2020)
Long Range by C.J. Box*
A Gentleman in Moscow by Amor Towles
Presidents of War by Michael Beschloss
Karl J. Krayer, Ph.D,
214 543-4458 /

Here are the newest books that I have read recently:

(Note:  The books marked with a (*) are current best-sellers)

A Gentleman in Moscow by Amor Towles

Presidents of War by Michael Beschloss

Just Watch Me by Jeff Lindsay*

The First Wave by Alex Kershaw

When You See Me by Lisa Gardner*

Thanks to Springcreek Church for hosting this event, and for the vendors who shared their products and services with the attendees.  The conference benefited Hope’s Door New Beginning Center in Garland.  Here is a group of participants listening to John Sharp about Battering Intervention: This is the incredible Wendy Sheriff, Detective for the City of Garland Police Department, who investigates Domestic Violence and Sex Crimes: Most importantly, I want to thank the six speakers who each shared a perspective about “Are We Winning the War On Domestic Violence?‘  All of the attendees are more up-to-date, and better informed, as a result of spending time at the conference.

In the book that I will present at the First Friday Book Synopsis at the Park City Club this week, Admiral William H. McRaven, wrote this in Make You Must Dare Greatly.

If you want to change the world sometimes you have to slide down the obstacle head first.

“Life is a struggle, and the potential for failure is ever present, but those who live in fear of failure, for hardship, or embarrassment will never achieve their potential.” You can still register for this event online by going to our home page.  The advance registration fee is only $29.   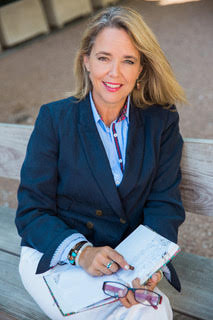